Boston, Mass.—More than 150 volunteers representing the Association of General Contractors (AGC) of Massachusetts will rally on May 15th to transform the Dorchester campus of St. Mary’s Center for Women and Children. The day-long project, which kicks off at 7 a.m., brings an unprecedented level of capital and professional support to the aging facility, formerly St. Margaret’s Hospital. Today, more than 600 women and children receive shelter, education and job training at St. Mary’s Center. The project’s value, estimated at $250,000, will improve the facility and create a more functional space for the agency’s six programs.

“We are honored to partner with St. Mary’s Center and bring our members’ commercial building expertise to this project so more families can build brighter futures for themselves.” Bob Petrucelli, President and CEO of AGC of Massachusetts.

Last winter’s record-breaking snowfall has taken a toll on the historic building which is located in Upham’s Corner atop the highest point in Boston, Jones Hill. The project includes repair to the building’s façade, updates to the interior at GRLZradio.org, an afterschool program and web-based radio station for teen girls, the creation of an additional bedroom in Margaret’s House, an onsite residence for homeless families, improvements to community space in St. Mary’s Home, a residential program for pregnant and parenting teens, landscaping, and the renovation of the lobby and reception area.

St. Mary’s Center President Deirdre Houtmeyers recognizes the value and impact of the day of service. “This is a tremendous gift to St. Mary’s Center, a place which hundreds of families call home each year. To replicate a project of this magnitude on our own would take at least a year of planning and fundraising. Thanks to the AGC, we can allocate more resources to the programs and services benefitting our families.”

Boston, Mass.—Fans of New Kids on the Block front-man Jordan Knight get ready to dance the night away for a great cause.  Knight will once again be the special guest at the 5th annual Dancing for Hope fundraiser at one of Boston’s premier nightclubs, The Estate, located at One Boylston Place. The Saturday, February 7 event kicks off at 6 p.m. 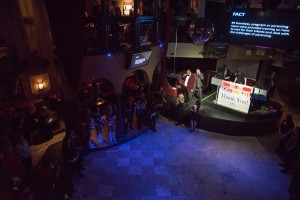 All event proceeds will benefit St. Mary’s Center for Women and Children, the Dorchester-based nonprofit agency which provides residential, education and employment programs for young families affected by intergenerational homelessness, poverty and trauma. To date the Dancing for Hope committee, co-chaired by event founders Jill Hayes and Evelyn Knight, has raised more than $285,000 for St. Mary’s Center’s programs and services.

Boston City Councilor Tito Jackson returns for the second consecutive year as the event’s emcee. Dancing for Hope 2015 will also feature a performance by Phunk Phenomenon, from the hit show America’s Best Dance Crew, and an appearance by members of the New England Patriots cheerleading squad—back in Boston following their Super Bowl performance.

St. Mary’s Center would graciously like to thank all of our Diamonds of Dorchester 2014 event sponsors.

We are grateful to all of our supporters of the 11th Annual Diamonds of Dorchester event and our entire community who supports the nearly 600 families of St. Mary’s Center all year long! We cannot thank you enough! 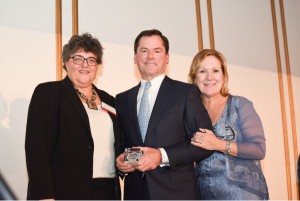 At our Diamonds of Dorchester event held on November 12, 2014 at the Copley Plaza Hotel, there were many highlights, including a moving tribute to the late Mayor Menino.  We also honored State Street Corporation with the John M. Corcoran Award for Excellence.
Thank you to our guests and sponsors, along with our emcee Senator Linda Dorcena Forry and Boston City Councilor Tito Jackson, who served as our auctioneer.  Together, you raised more than $365,000, so that more families may receive shelter, clinical and educational services, job training, employment placement, and search for affordable permanent housing at St. Mary’s Center. 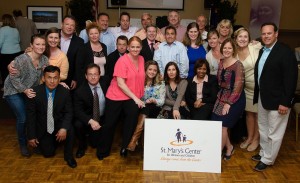 “We are forever grateful to the host committee of esteemed elected officials, including Mayor Walsh and Boston City Councilor Frank Baker, our passionate event co-chairs, James Baker and Sally Cahill, our tireless event committee and everyone who generously supported the event and St. Mary’s Center for Women and Children. Each and every person came together to embody the true spirit and meaning of Neighbors Supporting Neighbors to help homeless families receive life-changing programs and services that improve their emotional well-being, educational achievements, and employment opportunities,”  Deirdre Houtmeyers, President of St. Mary’s Center.

“St. Mary’s Center helped me to get my confidence back, as a mother and as a woman.  The staff’s everyday support, every step of the way, always reminded me of how resilient, determined and strong I am.” 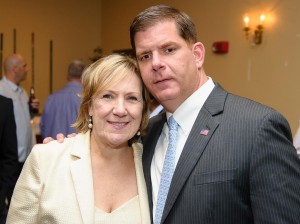 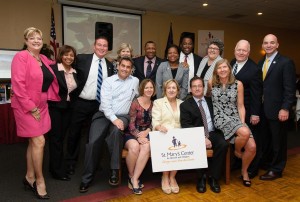 Boston Mayor Marty Walsh recently visited St. Mary’s Center for Women and Children in Dorchester – a nonprofit supporting more than 600 women and children annually through a comprehensive range of services – to see, first hand, the results of his inaugural volunteer program.

Joined by St. Mary’s President Deirdre Houtmeyers, members of the St. Mary’s Board of Trustees and a number of the families in St. Mary’s care, Mayor Walsh honored nearly twenty men and women who volunteered their time, skills and resources during the

Mayor’s inaugural weekend community service tour on January 3, 2013.  Braving the snow, the volunteers spent the afternoon at St. Mary’s painting and cleaning the board room and cafeteria, among other areas of the Upham’s Corner campus.  While at St. Mary’s, the volunteers went above and beyond by making emergency repairs when a pipe burst during the cold spell.

Certificates of appreciation were presented to the dedicated volunteers on Saturday, January 25th.

Photo Credit: Courtesy of the Office of Mayor Walsh.

Courtesy of The Architectural Team

An artist rendering of the former St. Kevin’s Parish in Dorchester that will become an affordable apartment community.

Cardinal Sean O’Malley and public officials gathered Tuesday to break ground on the rehabilitation of the former St. Kevin’s Parish in Dorchester.

The $36.7 million redevelopment, led by the Boston

Construction is expected to commence next month and the project is slated for completion in July 2015. The 102,000-square-foot development will include three multistory buildings, two newly constructed at 35 Bird St. and 530 Columbia Rd., and the reuse of one of the existing buildings at 516 Columbia Rd.

O’Malley said the project will answer a critical need for safe and affordable housing in the city. The former St. Kevin’s site will be redeveloped to create affordable housing, 25 percent of which will be for formerly homeless families.

St. Mary’s Center will provide on-site supportive services to families transitioning to permanent housing. The remaining 75 percent of the units will be workforce housing to provide affordable apartments for people who serve the community, including teacher’s aides, lab technicians, licensed practical nurses, paralegals and restaurant workers.

The development received about $11 million from the state, the City of Boston, and the U.S. Department of Housing and Urban Development. The remaining $25.7 million came from private loans with Bank of America the lead funder.